It’s been a lovely month so far, both creatively and climately. Our planet has had a distinct lack of world-rending apocalypses requiring the intervention of a rogue hero with a code of honor, or a plucky band of misfits, or an elite team of professionals coming back to save the world one last time.

As I write this, I just attended an actual Corgi convention. I don’t have dogs myself, but I was curious to see these ferocious animals of war. As you may know, in Welsh myth Corgis are the chosen battle mounts for faeries. I didn’t happen to see any fae war games featuring these cheerful, doughty compatriots. But there’s always next year.

In fictional news, I am proud to release a new novella “The Luck Thieves”. As the second in the series “Crime and Magic in the New Russia, it continues the adventures of Aurelian the thief and his love Lyita. In the streets of St. Petersburg, a bullet can kill you just as dead as magic. it’s just the magic you don’t see coming. 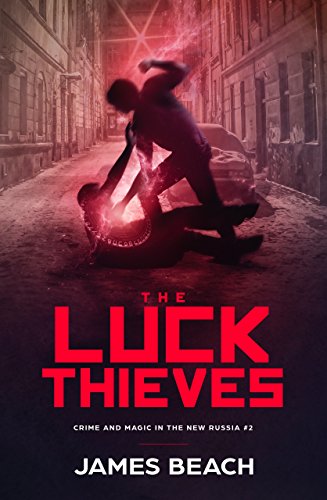 I expect to release a third novella in this series very soon, perhaps even in the next month.

In other new production news, many readers have told me they also enjoy audiobooks so I’ve started making them. I’m going through the different short stories in my collection Hyperspace Radio. They’re available online in podcast form for few months, so if you’re curious give them a listen.

Cheers, and thanks for checking out my writing.

“The Luck Thieves” joins the bookshelf.

Psyched to release a new novella, and the second in a series. “The Luck Thieves” continues the adventures of Aurelian and Lyita in the strange world of crime and magic that is St. Petersburg.

This widget area is currently empty. You can add widgets to this area via your admin widgets page.

Examples of some widgets you can add are shown below.